DEMENTIA IN THE HOSPITAL

In a snow-cloaked London at the London South Bank School of Architecture on the 18th of January 2013, the 6th Architects for Health (AfH) Student Design Award supported by the Mace Group concluded. The President Elect of the RIBA, Stephen Hodder, flanked by Programme Director of Guy’s and St Thomas’ Hospital Estates, Alastair Gourlay and Dr Williams-Gray, of Mace, announced the award of the prize to a team consisting of Caroline Gore-Booth (Sheffield University), Sam Cox, Benedict Okundaye (both LSBU) and Michal Prso (Slovak University of Technology). The Judging panel also featured Mary-Jane Rooney of LSBU, Mike Nightingale of IBI Nightingale, Jaime Bishop of Fleet Architects (and AfH) and Susan Francis of Architects for Health. 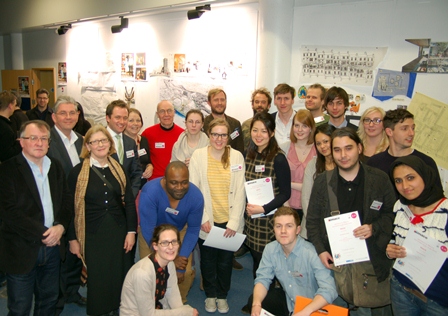 The students had been working for a week on proposals for a new Older Persons’ Admission Unit (OPAU) and were asked to consider the special needs of designing for people with dementia in the acute hospital setting.

Projections suggest there will be 51/2 million more Elderly people in 20 years’ time and the number will have nearly doubled to around 19 million by 2050. The 2013 AfH Charette asked students to speculate on how the aging population and related increased prevalence of long term conditions (LTCs) will dictate changes to the acute hospital environment. An older population will, in-turn, generate a far greater prevalence of Dementia related conditions with the number of diagnosed dementia sufferers expected to exceed 1 million by 2021.

Dementia often presents as a co-morbidity, with an injury from a fall or alongside an LTC. The architecture students were urged to consider the consequence of this against a significant back-drop of dementia, delirium and confusion.

The 4 day session of intense debate and design started on Tuesday the 15th of January with 16 students of architecture from an international pool of applicants were welcomed to the event by the course principal, Jaime Bishop of Fleet Architects.

‘It is critical that the students go beyond mere decoration or the mirrors in cupboards and patterns and interpreted as holes approach and learn from the seminars to explore how conceptual and strategic improvements to hospital architecture could improve the health environment for our aging population.

On reflection, after the fact-finding seminar the Chair of AfH, John Cooper, commented:

‘a particularly interesting aspect of the discussion is that many of the design proposals would also be of equal benefit to all users of the hospital including other patients and staff as much the intended elderly and, at times, confused group the charette focusses on’

The timetable for the charette included working with the proxy client of St Thomas’ Hospital. This offered a special opportunity for the architectural students to consider reparations to the site as a whole, and to address the reinvention of the spectacular located, but perhaps underused, Nightingale wards that face the Palace of Westminster.

The backbone of the brief was distilled from presentations from a varied panel of speakers including Mike Smart of Design Council CABE and Clinical Nurse Specialist Bridget Fordham of GSTT who showed the highly emotive film ‘Barbara’s Story’.

As a studio tutor and juror for the Architects for Health week long student charette examining the future for elderly care at St Thomas’s Hospital, l was bowled over by the quality of thinking and sheer talent displayed by the 16 students involved. This enormously important intellectual bridge between Schools of Architecture and practicing healthcare architects facilitated by AfH makes a vital contribution to stimulating our brightest architectural talent to embrace healthcare design for their future careers.

AfH are grateful for the additional support for the event from by these architectural companies: 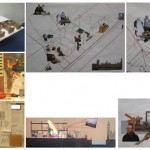 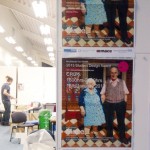 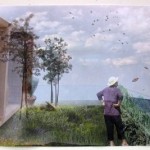 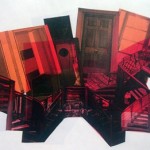 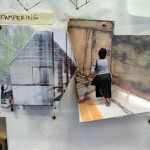 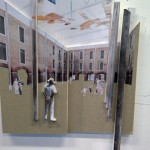 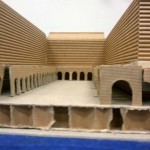 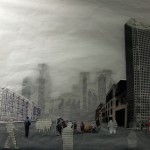 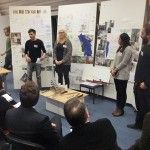