4-6 July, 2018
Health Infrastructure for the NHS in Northern Ireland has followed a distinctive path from the rest of the UK. Under the control of the Northern Ireland Department of Health for much of the last 30 years, buildings have been commissioned placing a high value on quality and local partnerships. As a result, the province has some of the best recent health buildings developed to provide NHS services. The Architects for Health 2018 study tour organised with the generous support of sponsors Axis Entrance Systems and contractors, McLaughlin & Harvey Construction visited a range of Acute, Sub-acute and Community Health Facilities.

Welcome and Introduction
HLM Architects hosted the welcome event at their central Belfast office. As the 21 members of the Study Tour gathered there was time for networking in a convivial setting with wine and food. The event was kicked off by John Cole, who had been a huge support in helping arrange some of the visits. END_OF_DOCUMENT_TOKEN_TO_BE_REPLACED

Henry Marsh “Why are Hospitals so often Horrible?” 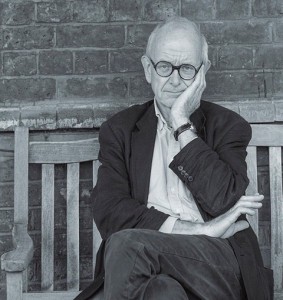 Our speaker this evening is Henry Marsh one of the UK’s most eminent neurosurgeons. After graduating with a First in PPE, at Oxford he studied Medicine in London, subsequently training as a neurosurgeon.

His work has been the subject of two major BBC documentaries – “Your Life in their Hands” in 2003 and “The English Surgeon” in 2009 which was described in the New York Times as “Enthralling, astonishing…agonizingly human” and in the London Times as “the most moving and honest film about surgery I have ever seen.”.

His book Do No Harm, published in 2014, became an international best seller with more than 30 foreign editions and translations. It has been described as: END_OF_DOCUMENT_TOKEN_TO_BE_REPLACED

Reshaping NHS Infrastructure: Will integrated care centres do the trick?

Dr Patricia Oakley is a woman on a mission. Having qualified originally as a pharmacist and becoming London Chief Pharmacist in the early 1980s she didn’t stop there. She has a masters and a doctorate; teaches and undertakes research at Kings College, London and is a Director at Practice Makes Perfect. She splits her time between London and the West Country.

On talking about building the case for change Pat told us that she talks from experience having been involved in policy making for integrated care centres. More usually she works every summer building forecasting models of the clinical workforce and particularly doctors, dentists and pharmacists in order to inform the Joint Investment group of the student numbers they need to admit to support the future workforce. These models look forward 20 years which is the time it takes for a student to become fully effective in the workforce. END_OF_DOCUMENT_TOKEN_TO_BE_REPLACED

David Powell Development Director at Alder Hey Children’s NHS Foundation Trust can rightly be regarded as one of a very exclusive group within the NHS considering the total NHS workforce of 1.4m staff, David is doubtless one of handful – an expert client lead with a string of successful projects in his portfolio.

Architects for Health were delighted to welcome David Powell as guest speaker at the post-AGM presentation in February 2016. His experience and wisdom garnered over many years has most recently been applied to managing the design and construction of the Alder Hey Children’s Hospital in Liverpool – badged as the world’s first living hospital. END_OF_DOCUMENT_TOKEN_TO_BE_REPLACED

The annual light-hearted and high-speed exposition of all things healthcare was hosted by NBBJ London on 26th November 2015. A regular and popular feature of the Architects for Health programme, the headline refers to invitations to up to 20 members to present a topic of their choice for no more than 2 minutes. There is no prescribed format and content can be any topic with at least a passing nod to healthcare design and environments.

Attracting a sizeable audience which, thanks to NBBJs gracious hospitality, was keen to provide ad hoc interjections of support or otherwise, the evening heard a wide range of differing two-minute monologues with accompanying ubiquitous PowerPoints. END_OF_DOCUMENT_TOKEN_TO_BE_REPLACED

The Architects for Health Design Awards are unique in that the winners are selected by a panel of fellow practitioners. Those designs selected for awards represent the best work in the field and expert recognition of quality and innovation. The awards, kindly sponsored by Vinci and Carillion, were made at the European Healthcare Design Congress; this event held at the Healthcare Estates Conference at the Manchester Central conference centre offered the winners an opportunity to showcase their projects. END_OF_DOCUMENT_TOKEN_TO_BE_REPLACED

Everything is Design. Everything.
Architects for Health at the Design Council.
17th September 2015

As a writer, thinker, graphic designer and art director for some of the most memorable corporate organisations in the USA, Paul Rand (1914-1996) believed that design is embedded into every aspect of life – Everything is Design. Everything. Exploring this at the Design Council with five speakers from widely different backgrounds, Architects for Health was first given an insight into the design of the mind. END_OF_DOCUMENT_TOKEN_TO_BE_REPLACED

We were delighted to welcome a group of around 60 speakers, sponsors, and AfH members at our inaugural South West Regional Event which was held in Bristol and Bath on the 15th and 16th of April 2015 respectively. This 2 day gathering of architects and allied healthcare professionals followed a similar format to that established previously in successful visits in Cardiff, Glasgow, Manchester, and Liverpool over the last few years. During this period the annual Regional Event has become a highlight in the AfH calendar and we are already making positive plans for next year’s event in a location to be confirmed – watch this space! END_OF_DOCUMENT_TOKEN_TO_BE_REPLACED